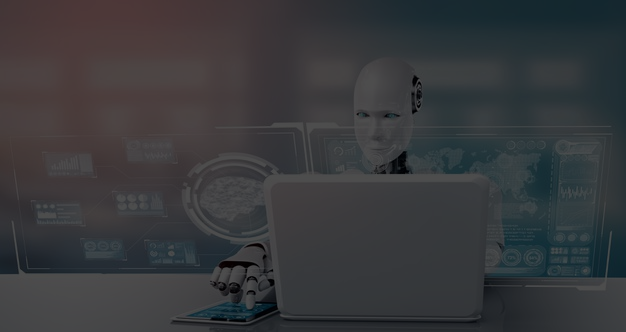 How is Robotic Process Automation in Insurance different from traditional automation?

Robotic Process Automation (RPA), as we know it today, has evolved from a variety of technologies such as industrial robotics, desktop personal assistants and business process management, to name a few. RPA can be said to create a software-based virtual employee that coordinates with the existing company systems. It doesn’t just modify an insurance agent’s IT infrastructure, but sits on top of it.

Insurance brokers and employees can implement RPA quickly and efficiently without altering the existing system and infrastructure. Through this blog, let’s look at how RPA in insurance scores over traditional automation.

How RPA differs from traditional automation

Traditional automation essentially links isolated systems and optimizes the business processes to bolster efficiency by improving the quality, saving time and reducing costs. It differs from RPA in the sense that it allows machinery to completely perform tasks. This includes many steps in operational processes.

On the other hand, RPA is essentially focused on front-end activities and doesn’t require shifts for back-end operations.

RPA BOTs function at the user interface level and work within the system, much like a human insurance agent would.

Essentially, RPA can be programmed to handle end-to-end processes without human intervention, while traditional automation will require substantial inputs from IT professionals and software developers. The rise of RPA has, in effect, resulted in a positive transition from ‘services-through-labour’ to ‘services-through-software.’ With the technology ecosystem constantly expanding and the technical expertise demanded from employees also increasing, RPA flexibility has become even more valuable.

Unlike traditional automation, RPA accesses the presentation layer of systems and follows the existing workflows and business processes. This results in quick implementation, with a typical RPA proof of concept requiring four to six weeks for advisory and deployment and minimal capital investment.

Robotic Process Automation has proven to pay for itself within six to nine months, with the ROI being as high as six to one.

RPA offers seamless integration with other existing systems and processes, while traditional automation doesn’t even talk to other systems. Testing is simple and efficient as the same task can be performed both by humans and robots, and the outputs compared for inconsistencies. While traditional automation systems often have a significant failure rate driven by long durations, RPA doesn’t carry the same risk. It is also highly scalable, and the number of virtual employees can be increased or decreased on demand. In essence, RPA is equipped to handle any business change within a short period of time.

Exdion offers end-to-end automation using RPA through the insurance policy lifecycle. Using a smart blend of Artificial Intelligence (AI), Machine Learning (ML), and Natural Language Processing (NLP) for policy checking and other insurance processes, Exdion has reduced operational costs by as much as 85%. Contact us to achieve your business goals with our best-in-class RPA solutions.

Get set to wow customers with our intelligent, AI-driven automation solutions. Consult our experts today.